Beguiled (in four parts) Part I

Sadly another empty handed round trip to view some things for the auction. 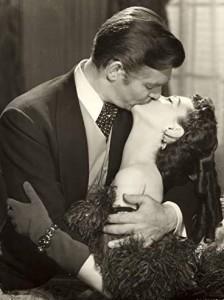 Sadly another empty handed round trip to view some things for the auction. And a trip that began with a very early start; Roscommon, Longford and Westmeath. Can be quite difficult gathering in a thousand or so saleable lots each month. Basically ninety-five percent of my time is spent saying a rather lonely word, No. If you’re the type who likes saying No, then auctioneering is the game for you.
‘No, unfortunately just a copy’
‘No, not worth half that’
‘No, no call for the top half of wardrobes these days’
‘No, no point, we’d just be creating pointless paperwork’
‘No, you’ll end up getting a cheque for nothing, and worse, so will I’
‘No, a futile exercise, nobody’ll want it, I’ll be standing on the rostrum chatting to myself’
‘No, the artist may have been your beloved aunt but sadly she’s unknown outside the family circle’
One could go on.

Gathering those one thousand saleable lots is certainly no easy task. Saleable being the key word. I could, on the other hand, gather in 10,000 unsaleable lots a month. Easy. But found out early, the hard way, a rather important point. If people don’t want what you have then it doesn’t matter how cheap you offer it to them. We kind of follow the Michael O’Leary model. Fly to London and you’ll fill the plane there and back. Fly to John O’Groats and there might be a problem. Absolutely no point taking in things that no one wants. No matter the reserve. Every lot has to have a chance. Every single one. Occasionally unsuitable things do sneak through. A family member shoves a fridge or a lawnmower on to the truck as it heads down the drive, that sort of thing. It happens. But generally the ‘rules’ are adhered to. No point otherwise. It’s fun conducting interesting auctions, what simply can’t be abided is standing on the rostrum talking to myself, puppeteer-like. Anyhow, I’ve managed to be become distracted from the tale that’s to be told here. When I arrived back from that pointless trip I dialled a number left on my desk by the ever dependable Lisa.

Ring Ring, a click on the other end, and no pleasantries.
“What time do you think this is?”
(It was 3pm on a Thursday)
“After lunch and before tea”, I replied
“After lunch and before tea, indeed! A man could still be at lunch”
“Well I don’t know I…”
“You sound old enough to have sense”
“I am I suppose”
“Suppose suppose, what’s suppose got to do with it?”
“It’s just…., no you’re right” (mind focuses inward on those 1,000 saleable lots)
“Suppose indeed, you knew, didn’t you”
“That you were having lunch?”
“No, you fool”
There’s getting 1,000 lots and there’s hanging up the phone. Push back just a little, for pride.
“Listen here, being an auctioneer doesn’t call for physic powers you know”
“So, you’re an auctioneer now”
“I am, what else would I be”
‘Indeed, what else could you be”
‘Can I possibly speak with your wife?”
“What’s my wife got to do with all this?”
“There’s a note here, on my desk, to ring her”
Faint knocking sound, his receiver hits against the table top.
“DARLING!!!”
A lull, he picks up the receiver again.
“Sorry about all that old boy, thought you were the vet”
“What difference would it have made”
“None I suppose”

Faint carpet and corridor sound. Some moments. A hand over. Female voice across the line. More kindly this time.
“Yes?”
Nice slow and clear I start again, “Oh hello, I’m Damien Matthews the auctioneer”
“The auctioneer?”
Can actually hear the soft twirl of pearls against her cashmere sweater (auctioneers with bare saleroom walls to fill each month develop an acute sense of hearing through need).
“Yes”
“How can I help you?”
“Well it’s just that you rang earlier, left a message, to telephone after lunch?”
‘Oh my goodness, I’m so sorry, how silly, yes yes, we’ve some things”
“That you’d like to sell?”
“Yes yes, just clutter really”
It’s mostly the clutter we country auctioneers get, and not the ten million dollar vase. But nevertheless, ancient clutter from families older than the founding of America helps pay the bills.
“When would it suit”
“Suit?”
‘For me to visit”
“Visit?”
“To see the clutter”
Oh boy
“Any day except Wednesdays, we play bridge Wednesdays”
Time is never to be wasted when the scent of a good call wafts across the desk
“Perhaps tomorrow?”
“What day is today?”
“Thursday”
‘Yes, in that case, yes”
“Noon?”
“Try not to be any later, my husband can get quite grumpy in the afternoons if he doesn’t get his nap”
“I hadn’t noticed”
“One tends to. Well, thank you for calling”
“Not at all”

Twelve noon on the dot and not a minute later I arrive, into the cobbled yard of a castellated Georgian house in Kildare. To trim a long story short I’ll skip the trials of the day. Other than to say, things happen as things do and it was late-evening, nearly seven, before I’d finished. Trawled those yards. And stores. And outbuildings. And Cottages. Even went attic hunting. Not a thing. My nose had let me down. Not that it’s always right of course, but it’s rarely wrong. It wasn’t really that it was all entirely rubbish, it was just a case of a drawer gone there, leg missing here, a door off that, nothing intact, a real furniture Rwanda.

The rooms of the Big House still held their original contents, which was nice to see, but I wasn’t going to be offered any of that, any day soon. You know how it is, what can you do, soldier on. Live horse and eat grass as my late mother used to say. To be fair to them, some things could possibly have excited a little interest back in the day. But not now. Filling the auction room with low-value bulky mahogany that mightn’t sell would be a risk – even if it did come from a recognisable estate. No call for brown, simple as that. No matter who owns it. Michael O’Leary wins again.

After all the profitless exertions the owner’s, ‘why not stay on for supper’ invite (very same man who burned my ears the day before), was not to be refused. And it was Friday. Always mark the end of another working week in the antiques abattoir with a good nosh-up. The day wasn’t entirely wasted I’d have to admit. If there’s one thing this business can do, besides helping hone the word No, is that it offers plenty to see, in other ways. That very evening I got to witness a kidnapping. Saw the whole thing happen, sweet start to bitter end. Even saw her arrive. The hostage taker.

The owner had invited a few others along that evening and my being covered in cobwebs from dragging those refugees about the place made me feel a little under dressed. Trying to help matters along I took the funeral jacket & tie out of the boot – we country auctioneers have a lot in common with politicians – leaned under the yard tap, and made the best of it. The dirt washed free from my hands as my mind rested at ease thinking of the grub to come. It was then, at that moment, under that tap, a small green Fiat car turned into the yard. Raising my head to see, the driver alighted. A she. And what a she. Colt-like legs folded out long onto the damp cobblestone. Heels. Late thirties, prime. A woman. And a formidable woman. A beauty. No lugging half wardrobes across the attic for her.

The cold whisper of silk passed, I was ignored. Just another farmhand. And not far wrong. A glimpse from under that tap told me she had a hundred different looks, each more enticing, more alluring, than the next. A rare species, in Ireland I have seen but three. The evening air drew in cold through my lips a sound only my mouth could hear. Who makes these women. Besides the fact that I had just been ignored, completely non-registered, I had no plans on being left kicking fathomless in the depths of love that evening. Or despair. She was, most definitely, an enchantress. And cast an even bigger spell over the next man who pulled into the yard. Now upright over the tap, I was just taking in the scenery when he rose languidly from his motorcar. It’s door thumped that comfortable old Mercedes thunk as he saluted my presence. He was, as the French say, un homme tres chic. While she was long, slender, blond. He was tall, firm, chestnut. Mid forties, well dressed. No doubt they’d make good foals if they were s.
But we weren’t in the fields anymore.

Striding toward me he enquired as to the washing of hands.
“Flat tyre?”
“No, occupational hazard”
“A Vet?”
“Close”
“Perhaps a holy man seeking absolution?”
“Not quite, an auctioneer”
“Clean dirt it is!”
We shook hands, and with smiles between us we entered. As friends.