“A mortgage casts a shadow on the sunniest field -” Robert G. Ingersoll 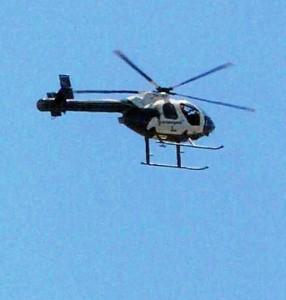 Last autumn I visited Cologne, a city near levelled in World War II, it’s architectural heritage decimated. Interestingly they didn’t try to rebuild with copies of what was before, rather, they built in the moment. That is, in each decade since the war, their building reflected the European architectural zeitgeist. To the highest quality, and design. Their new buildings, deemed ugly by others, are now maturing into appreciation. Ditto those of the 60s, 70s & 80s. A city important, architecturally, before the horrors of war, will be again. Cologne does reflect twentieth century architecture at it’s modern best. Also, my being a bit of a bar aficionado means it can be confidently stated that the best preserved 1960s bar interior in the world, no less, the world, is in Cologne. Bar Hallmackenreuther. Original, right down to the ashtrays. Surprising thing, the late night clientele; local, young, hip, were mostly non-smoking, non-drinking and having worthwhile conversation. None of the blah blah blah of drink. And those few taking a drink? Two or three glasses, at the most. A lesson from the young. Being Irish, and newly middle-aged, personally found it all a little confusing. But I understood.

Anyhow main thing is, while in Cologne I read something on the wall of a museum which was part of an exhibition dealing with Dadaist themes. Written by Heinrich Boll (1917 – 1985), a Nobel prize winning German novelist, it exemplifies his penchant for the absurd. Boll was a regular visitor to Achill Island for nearly thirty years, and it’s there he picked up the idea for this short story. Read it years ago but had forgotten it. Given our own recent severe economic downturn, and now upturn, it’s quite apt. The years 2008 to 2014 I practically had the M3 to myself, sauntering along to Dublin on valuations at any given hour. Free traffic flowing easily all the way.
Real life, real things. Now the road is gathering once again. Unpaid for new motorcars mostly driven by unsmiling people, bubbles within bubbles, concerned with how much more money can be made, the risks to take, the debt to be taken on. What was it George W. Bush said, “Fool me once, shame on…. shame on….”. He also said, “I think we agree, the past is over”. Here’s Boll’s story that was on the wall.

Lowering the Work Morale
It never occurred to my contemporaries that it is considered flattery in this country when someone is said to be motor-operated. Meaning that, if you were to feed him a bit he would run on and on without knowing where to or even to what end. This kind of person is not even granted the indulgence of being bored out of his mind in the evening, and he is talked into believing that he should have what is known today as a hobby. For that he has to work again, because such things cost money, and so the ‘motor’ has to keep running. This person is also talked into believing that work requires a morale, and so, strange terms such as ‘work morale’ are created. That is why I am telling this anecdote.

At a harbour on the very Western coast of Europe (Achill as it happens, our Irish connection), a man dressed in shabby clothes is lying in his currach dozing. A stylishly dressed tourist puts a new roll of colour film into his camera so that he can photograph the idyllic scene: blue sky; green sea with peaceful snow-white-crested waves; black boat; red fisherman’s cap. Click. And again: click. And since all good things come in threes and you cannot be sure enough, a third time: click. The brittle almost hostile sound wakes the dozing fisherman, who sleepily sits up, sleepily searches for his packet of cigarettes, but before he was able to find what he was looking for, the enthusiastic tourist has already extended his own pack to his face, not actually sticking the cigarette into his mouth but placing it in his hand, and a fourth click, that of the lighter, concluding the zealous courtesy. This hardly tangible yet unverifiable measure of over-enthusiastic politeness causes an irritable embarrassment, which the tourist tries to dissipate with conversation:
“You’re going to have a good catch today”
The fisherman shakes his head
‘But they told me the weather is good”
The fisherman nods
“You’re not going out?’
The fisherman shakes his head, while the tourist remains unshakably nervous. He is certainly interested in the well-being of the poorly dressed man and frets over a lost opportunity.
“Oh, you don’t feel well?”
Finally the fisherman changes from sign language to actual spoken words.
“I feel splendid”, he says, “I’ve never felt better”. He stands up, stretching as if he wanted to demonstrate how athletic he is, “I feel fantastic”.
The facial expression of the tourist more and more unhappy, and he cannot suppress the question any more, which is putting him on the verge of explosion:
“But why don’t you go out?”
“Because I already did this morning”
“Did you have a good catch?”
‘It was so good that I don’t need to go out again. I had four lobsters in my baskets, and caught almost two dozen mackerels ….”
Now that the fisherman had finally woken up, he warms up and reassuringly pats the tourist on his shoulder, whose concerned expression seems a little inappropriate to him, but clearly a reflection of his touching worry.
“I have made enough for tomorrow and the day after,” he says, to unburden the foreigner’s soul. “Will you smoke one of mine?”
“Yes, thanks”
Cigarettes are stuck into mouths, a fifth click, the foreigner sits down on the edge of the boat, shaking his head, puts down his camera, because he now needs both hands to give emphasis to his words:
‘I don’t want interfere in your personal matters,” he says, “but I imagine if you were to go out today a second, third, and maybe even a fourth time, and you were to catch maybe three, four, five, perhaps even ten dozed mackerels …. Imagine”
The fisherman nods.
“You would go out not only today,” the tourist continues, “but tomorrow, the next day, and on a good day, you could go out perhaps two, three, or even four times – do you know what would happen?”
The fisherman shakes his head.
“Within one year at the most you would be able to buy a motor boat, in two years a second one, in three or four years you could perhaps have a small cutter, with two boats or a cutter you could catch much more – and one day you would have two cutters ….” His enthusiasm makes his voice crack for a few seconds. “You could buy a small cold storage facility, perhaps a smokehouse, later a small cannery, you could fly around in your own helicopter, locating the schools of fish and give instructions to your cutters by radio. You could get permission to fish for salmon, open a fish restaurant, export the lobster directly to Paris without a middleman – and then ….” Again, his voice cracks with enthusiasm. Shaking his head, heartbroken, almost losing his holiday pleasure, he looks at the tide that is peacefully rolling in, in which the uncaught fish are cheerily jumping. “And then”, he says, but once again his enthusiasm makes his voice crack.
The fisherman pats him on the back, as if he were a child who had swallowed the wrong way. ‘What then?” he asks quietly.
“Then”, says the foreigner with quiet enthusiasm, “then you could sleep here calmly at the harbour, dozing in the sun – and look at the splendid sea.”
“But that is what I am already doing”, says the fisherman, ‘I am relaxing here at the harbour and dozing, only your clicking disturbed me while I was at it.”
And indeed the tourist who has been taught his lesson goes on his way thoughtfully, for he has always thought that he works in order to one day not have to work anymore.
There is no trace of pity left in him for the poorly dressed fisherman, only a little envy.