As long silken fingers reached for her wine glass, I reached for mine. Line ‘em up barkeep. 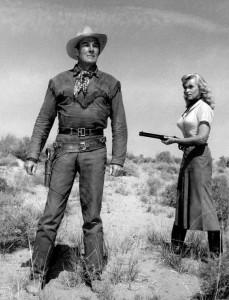 There’s times, and no mistake, when a man can discern a woman’s interest, even from across a crowded room (the list is a long one); stroking of hair to the side, flushing neckline, downward coy smiles, eye contact a touch longer than necessary, shoes pointed forward. All that. But not this one, our yard colt. Not a flicker. Very cool indeed. Not that it mattered, obviously I was just ground bait. And he hadn’t seen her yet. But then, in a flicker while looking away, I sensed a poker-player’s moment. Chips for the taking. But whose? Hers or mine? And how many chips? Hard to tell at the distance. But definitely chips. Or was it him. We were standing shoulder-to-shoulder.

Brothers-in-arms, simultaneously we reached for the drinks tray, and began a high old time, the two of us bantering away amongst a gathering room of easy talkers, that most life-giving of pastimes. If there’s one thing we Irish can do it’s talk. Great Talkers. Some of us not so good at the working, or getting children’s hospitals in under budget, but talkers, yes. And, if given the space, who hasn’t an experience worth telling. For me? I enjoy the working and the talking, best of both worlds.

Occasionally, with these sorts of impromptu gatherings, to just look around and appreciate the company, that’s the thing. The being there. To live in the part of Ireland I do, in the company of my fellow Irishmen and women, at this critical point in world history, it’s a luxury. And I know it. [But then, isn’t there always ‘critical’ in world affairs. ‘Events’. BIG. Purpose-agitating headlines about this and that. Hasn’t the world kept turning anyhow? Mankind’s goodness is stronger than any toothpaste-selling headline. This world, she’ll keep turning don’t you worry. Social media, that other crease in our lives, surely a case of the Mongolian Hordes getting into the Trojan Horse. Horrific advance of the barbarians. And the trouble’s primarily on the other side of the screen]. To live the life that’s in front of us, that’s the privilege. Just live it. Breathe it. Enjoy it. Too soon it’ll be taken from us.

Sometimes (we all do it, or perhaps it’s just me) I look around whatever room I’m in and imagine it peopled instead by those with the life-spark gone. Corpses. But moving, talking, gesticulating corpses. Marionettes by candlelight, momentarily enlivened before the trip downwards, one-by-one, to lonely oblivion. What gift this is, being able to hear, or tell, over canapés. Mention this casually as I’ve actually been to the other side. Over there. Seriously. Not for very long, mind. But long enough to have a look around. Nothing there. Deep, dark, nothing. Game over. Pure Nothingness. A sense of being very, very far away. Wasn’t horrifying, just peaceful. To stop. Or rather. To have everything stopped on you. It’s a release; no bills, no pressure, no time, no gravity, no light. Nothing. Rest. Not a bad thing if you’ve lived a stupid life in a swirl of chaos under intense, gut-tensing pressure. What more could a fellow want. Death. The making, and ending, of us. As the good book says, to be granted eternal rest. The man who wrote it must’ve been over there too. Just like me.

So long as the transition is smooth and fast, it’ll be grand. No flesh tearing, blood gushing, twenty minute airline dives to the ground sort of thing if you don’t mind. Don’t wish to go the other extreme either, slurping that soup from a tepid bowl until the grey matter’s mulch. Used to have an absolutely morbid fear of the whole thing. Experienced real close-up, and far too early, the death of meaningful others. And, without doubt, the cause of their death, over-work and stress. It kills. Believe me. It kills. But in my own moment of passing via a nasty brain haemorrhage ….. whoosh …. all the fear gone. Presto. Couldn’t give a whit, happy as a gombeen. While I was never an Einstein, whatever the cost in brain cells and memory to be free that dark fear was definitely worth it. The others on that London hospital ward? Not so lucky. Fellow in the next bed, they had to dig out the half of his head. Strange, seeing a living man with half of his head missing. Now, that, was weird. But there you go, luck of the Irish. Petrol in the tank, we’re on the road, keep the good times rolling. And the engine runs until it stops. There’s no AA in the afterlife. That’s what I’ve learnt.

But back to the man beside me now, in that castellated manor house. He too, seemed to have lost the half of his head in an instant. But in a slightly nicer way. As our call to seat came we both walked to the dining room, and she looked again. This time, he saw her. And to make matters worse – even worse – as we sat down, brothers, side-by-side, she was seated directly across the table, our solar eclipse.

Adjectives are great things, don’t get me wrong, but how can you describe something so unearthly beautiful using lumpen earth-bound words? To describe her would be like trying to land a man on the surface of the sun. Not going to happen. Adjective’s couldn’t do it, not even Shakespeare could. To have the most beautiful woman you’ve ever seen sitting directly opposite, saying nothing. It’s terrifyingly unnerving. Nothing. Not a word. Just looking. Seeing. Seeing straight into the worthless nothingness of your paper soul. That’s what it’s like, getting beat with the love stick. And the man next to me? The same lightening bolt had hit him too. Her cage of golden flax had lowered silently from above, entrapping us both. She had us now, in full, and for as long as she wanted. Where the mind is, the body goes, tra la la, la la…. hostages with no need for the taking. This doesn’t always work out so well for the captured.

Love Gunfight at the OK Corral. It’s okay, it’s okay, I can handle this. I can. A friend, a poet friend, once offered me an important insight between the sexes; while men tend to fall in love with their eyes, women, obviously the smarter sex, tend to fall in love with their ears. Luckily I’m more of an ears kind of guy. Words shall be my bullets, my mouth a Smith & Weston. I’ll fight my way out of this.
As long silken fingers reached for her wine glass, I reached for mine. Line ‘em up barkeep.
Begin dialogue.